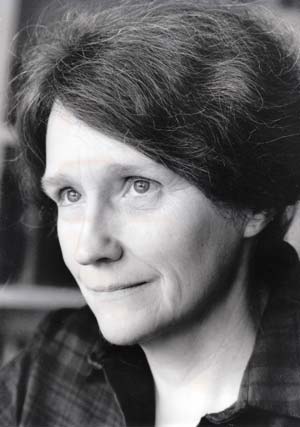 Ann Pilling was born in Lancashire in 1944 and lived there for 20 years. She read English at King’s College, London where she subsequently wrote a thesis on the fiction of C.S.Lewis which effectively became her first book. Between 1983 and 2003 she published over 30 books for children and two adult novels. Her books have been translated into many languages. Two titles were commended for the Carnegie Medal and she won The Guardian Prize for Children’s Fiction for her novel Henry’s Leg.

Until 2009 Ann lived in Oxford but then moved to Wensleydale in the Yorkshire Dales (the country of her heart) with her husband. She has two sons and six grandchildren.

In 2003 Ann made a conscious decision to concentrate on writing poetry, always her first preference. She won the Smith/Doorstep Competition in 2008 for her pamphlet 'Growing Pains'. 'Home Field', her first collection, was published later the same year. She has subsequently published two further collections.

Ann Pilling’s new collection is remarkable for its combination of grace and groundedness. Her acute and celebratory observations of the domestic and familial are balanced by her renderings of the tragic – searing, sombre, resonant, controlled, haunting. These are poems of great poise and insight; to quote Edwin Muir, they are written with ‘a mixture of enjoyment and hard work’. Here, as in Muir’s work, we see a poet who can distinguish between the true and false, an exhilarating and achieved voice.

'My Life in Plastic Bags' (a memoir).